I have just created my very first challenge! The theme is classic literature from different countries. I think a lot of readers get intimidated when it comes to classic literature because the books are often voluminous. Well, fear not, my friends! This is a small-scaled challenge since I only picked 6 books. At the end of the challenge I intend to do a giveaway. The readers who finish and submit reviews for all 6 books before the deadline will receive a little surprise in the mail. Are you interested yet? 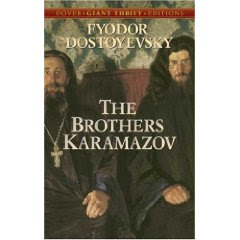 
To participate in the challenge, please leave a comment to this post indicating your interest. You can submit your each review by posting a link to your post in which you write your review to my most recent blog entry. If you do not have a blog and wish to participate, you can simply e-mail your review to me and I will post your review on my blog for you.

Honestly I think this is one of easiest challenges out there. You basically have more than enough time to read all of these worldly famous books. What are you waiting for? And don't forget the giveaway at the end! :)


The beginning of The Descent seemed promising enough. A trekker guide named Ike got lost during a trekking journey and led his group of travelers into a cave in the Himalayas where they discovered a self-mutilated corpse named Isaac...or at least they thought it was a corpse. Someone got lost in the cave during the night. The team was separated into two groups to search the missing person. Soon, screaming was heard; blood was smeared across the walls; and then, Ike came upon a pile of terribly wounded bodies of his fellow travelers who were obviously tortured to death. There was an evil force at work down in the cave. And Ike was in for a big surprise.

Essentially the story is about the discovery of a species of alien creatures who populated the underworld. Some scientists were led to believe that our very own Satan actually lived among these creatures. The mega corporation Helios gathered an expedition team that consisted of famous scientists from various fields to embark upon an underworld journey 35,827 feet deep into earth - the deepest known point on earth - to search for the origin of these creatures that we called hadals and possibly, Satan. Unfortunately, only two people came out alive at the end of the expedition - Ali the nun who wanted to re-construct the dying language of hadals, and Ike who was once captivated by hadals - The rest of the team have either been killed by hadals or died from fighting among each other.

I had high hope that Jeff Long would fill the void left by Michael Crichton who had been my favorite thriller novel writer for years. Therefore, my opinions may come off as somewhat biased and more critical as I write this review. The story itself is quite enticing and thrilling. Jeff Long's depiction of the hadals actually gave me nightmares (I'm not kidding!). I have to admit that Jeff Long has acquired abundant knowledge and done enough research for this book. However, in terms of writing style, he does have a tendency to conclude a highly suspenseful chapter with a climaxing note without further developing the storyline, which oftentimes left me feeling very unsatisfied. This kind of writing tactic can work for some readers, but personally it's not my cup of tea.

In the end, they find Satan and what do we know, he is not who we expected at all! But I wasn't surprised because the answer became obvious way earlier in the book. I expect others who read the book weren't surprised either because it was really quite obvious. I have to say Jeff Long did not twist it up well enough for the readers to go, omygod, I can not believe it!

Jeff Long is no Crichton but there is no doubt that he does have the talent at constructing a lengthy thriller story. I am not opposed to reading another book of his.

Have you ever read a Jeff Long's book? What do you think of his book?